< Artists
Annco Miura was born in Shizuoka, Japan, into a traditionnal Japanese family. Since her early age - even before she knew how to hold chopsticks- Annco MIURA was holding brushes. She learne Japanese calligraphy, with her aunt who is a teacher and Master in calligraphy, thanks to whom she became an expert in both Japanese calligraphy and drawings.

In 2010, she wants to discover European cultures and to "experience" France especially. She made several trips across Europe and stayed in different major European cities, but it is in Paris that she felt particularly well. Her inspiration came from her personal history: from her traditional Japanese culture education, from her travels, from her intimate relationship to post-war urban architecture in Japan, to the Infinite, and to the human being in search of spirituality.

For several years, Annco MIURA's artistic creation has been made up of squares, circles, lines and curves, which produce infinite possibilities and multiple complexities that arise from the unconscious, building labyrinths similar to the paths of life, discoveries, adventures, failures, successes and successes. Her works are similar to mandalas, and today, her labyrinths of all colors capture the dialogue between reality and the universe of the senses, and bring us a new reading on this reality that surrounds us, an exacerbated perception that goes beyond the 5 senses. This new vector of perception of the world, which we call the 5 1⁄2 sens. Each of her works expresses patience, reflection, in reverse of a world always faster and faster. Her labyrinths produce very dynamic drawings although at the same time very sensitive and full of poetry. Today, she shares her life and work between Paris and Tokyo, two cities steeped in history and culture, made of tradition and modernity, finding in each of these cities the necessary inspirations for her artistic creation.

In November 2018, her personal exhibition at Bulgari's mother store in Madrid was presented in Madame Figaro magazine. This exhibition was a great success with the presence of many signatories and former ministers.

Starting in September 2019, the Director of Interior Design at Louis Vuitton present her new paintings in the lounge and on the sales floor of the Takashimaya store in Osaka for its renovation. 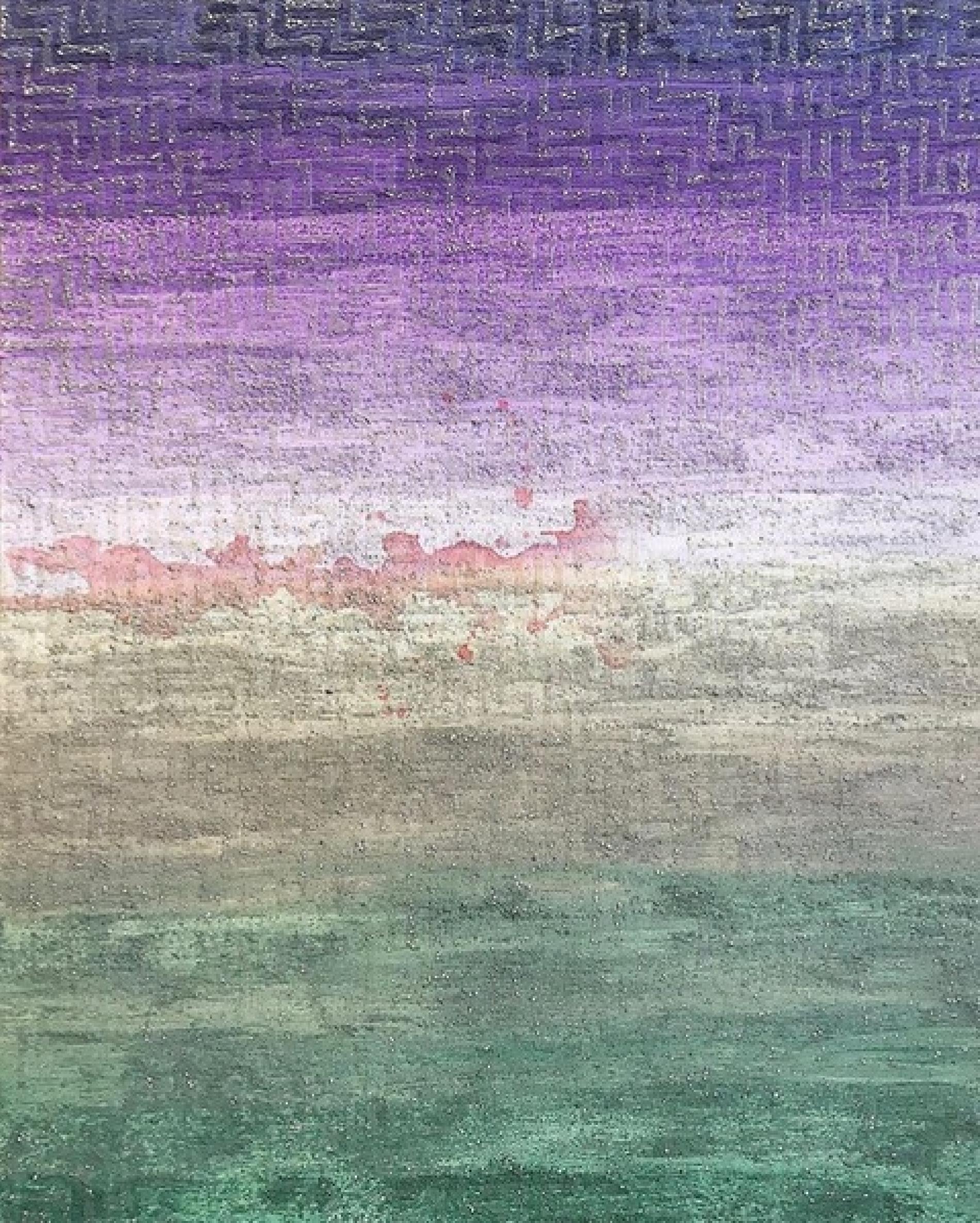 signed, dated and titled on the reverse
Acrylic and sand on canvas
91x73cm 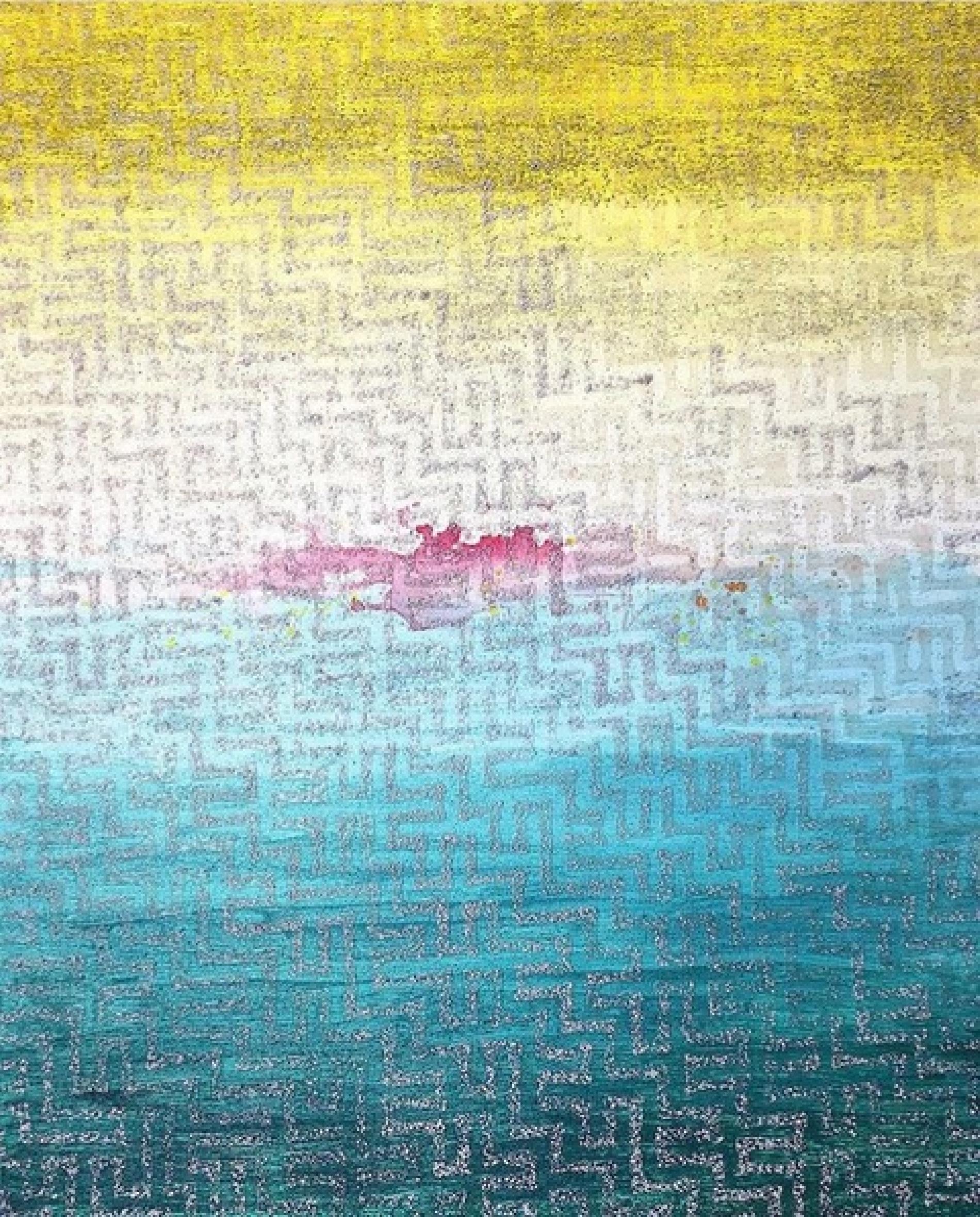 signed, dated and titled on the reverse
Ac
91x73 cm 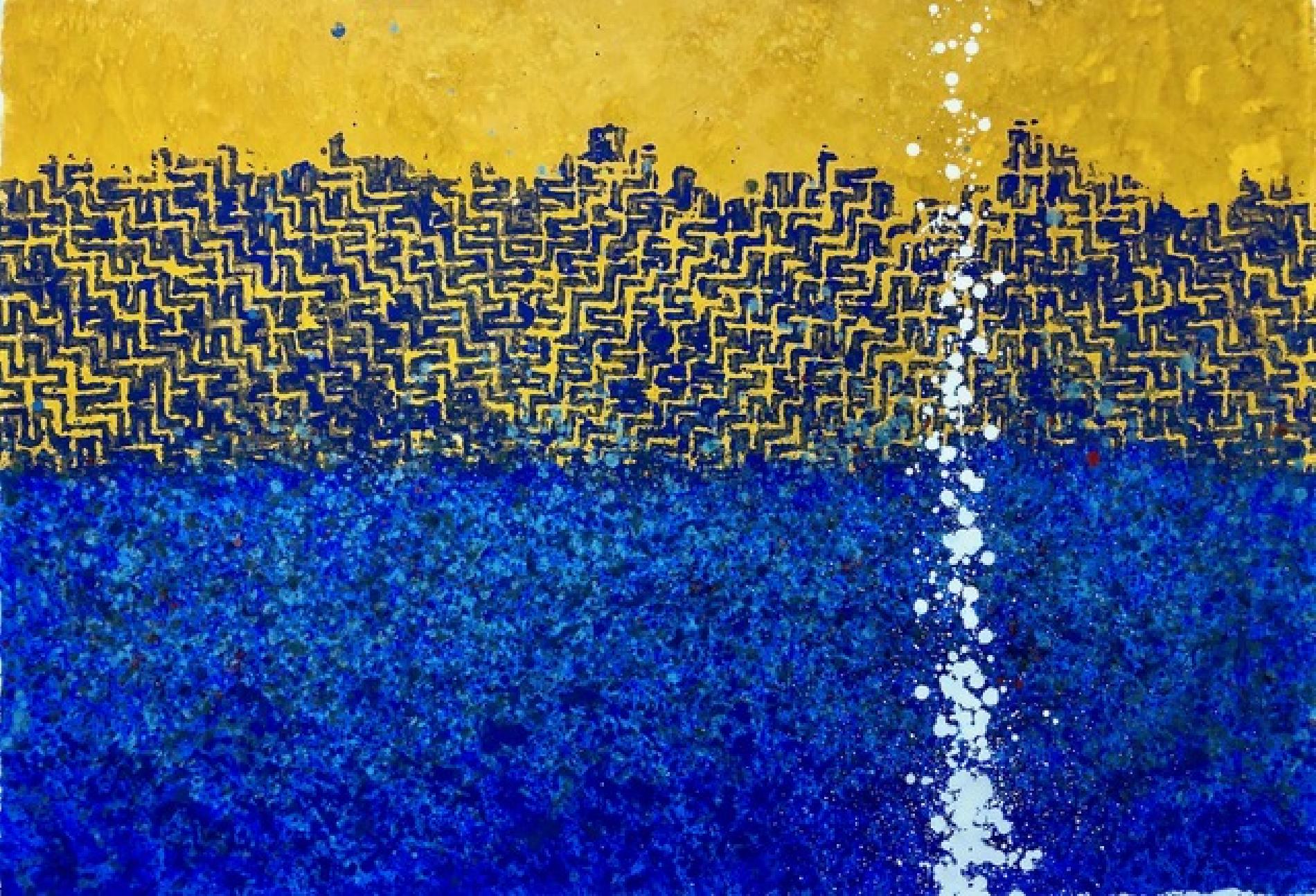 signed, dated and titled on the reverse
97x137 cm 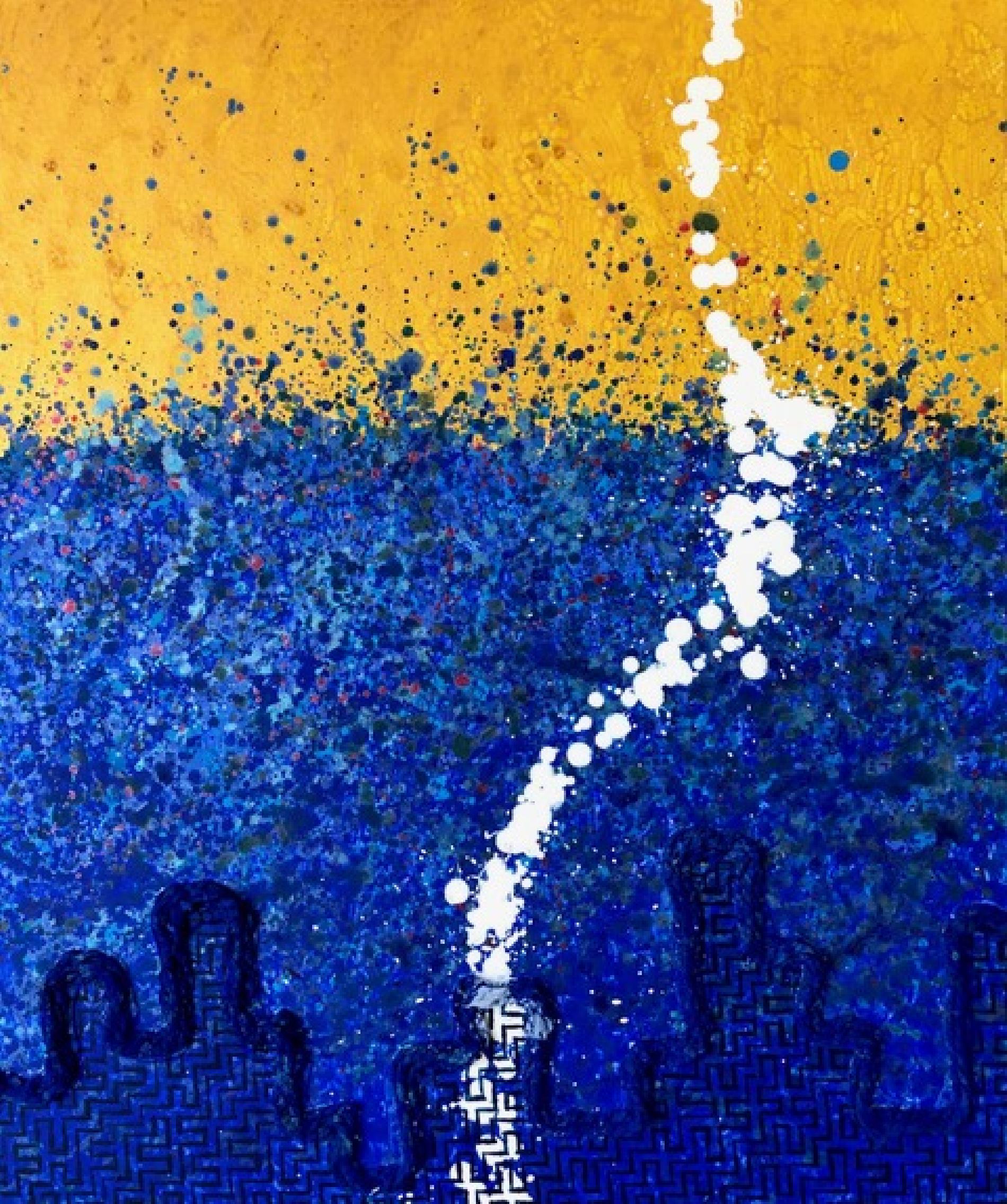 signed, dated and titled on the reverse
65x53 cm 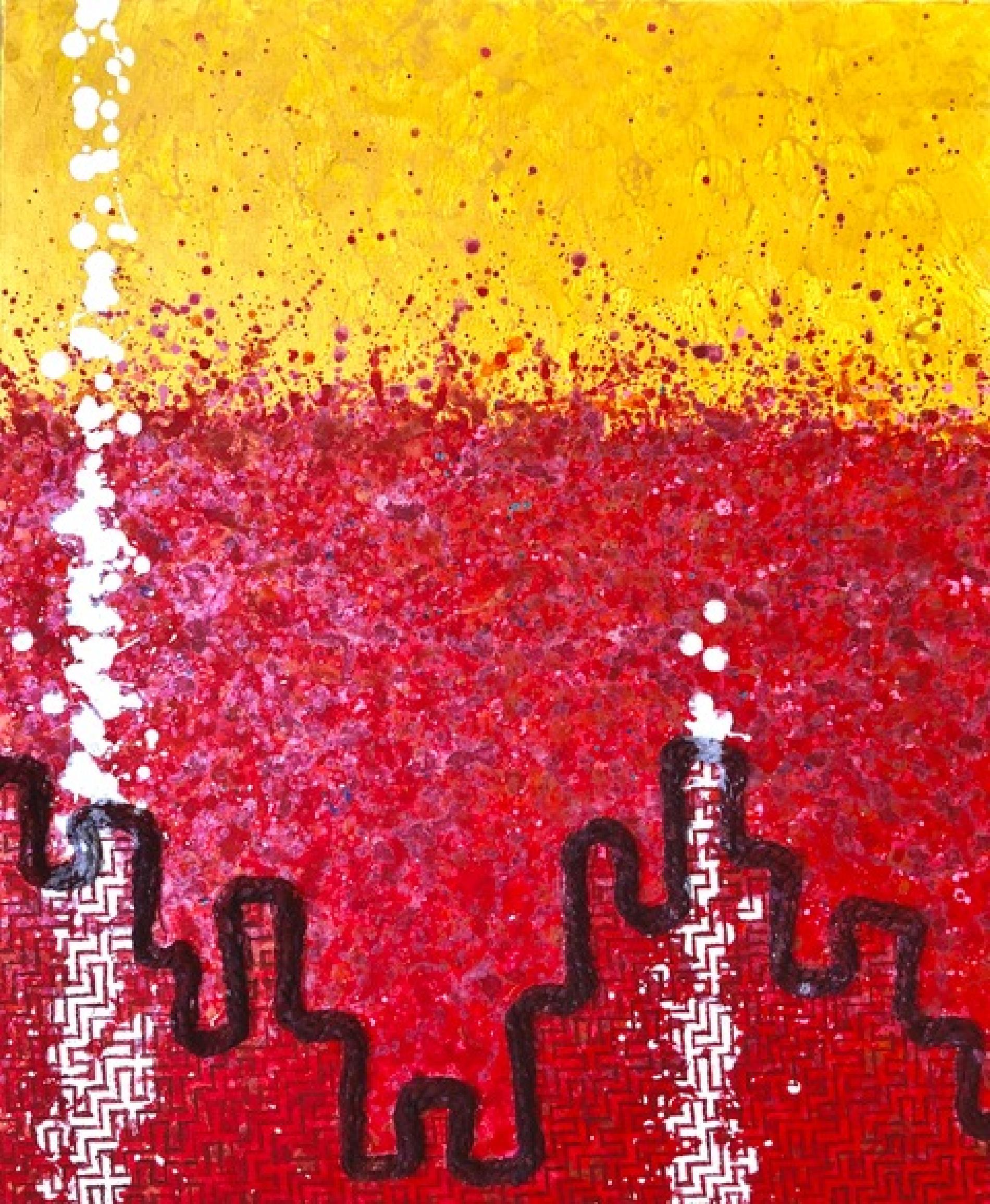 signed, dated and titled on the reverse
mixed media on canva
65x53  cm 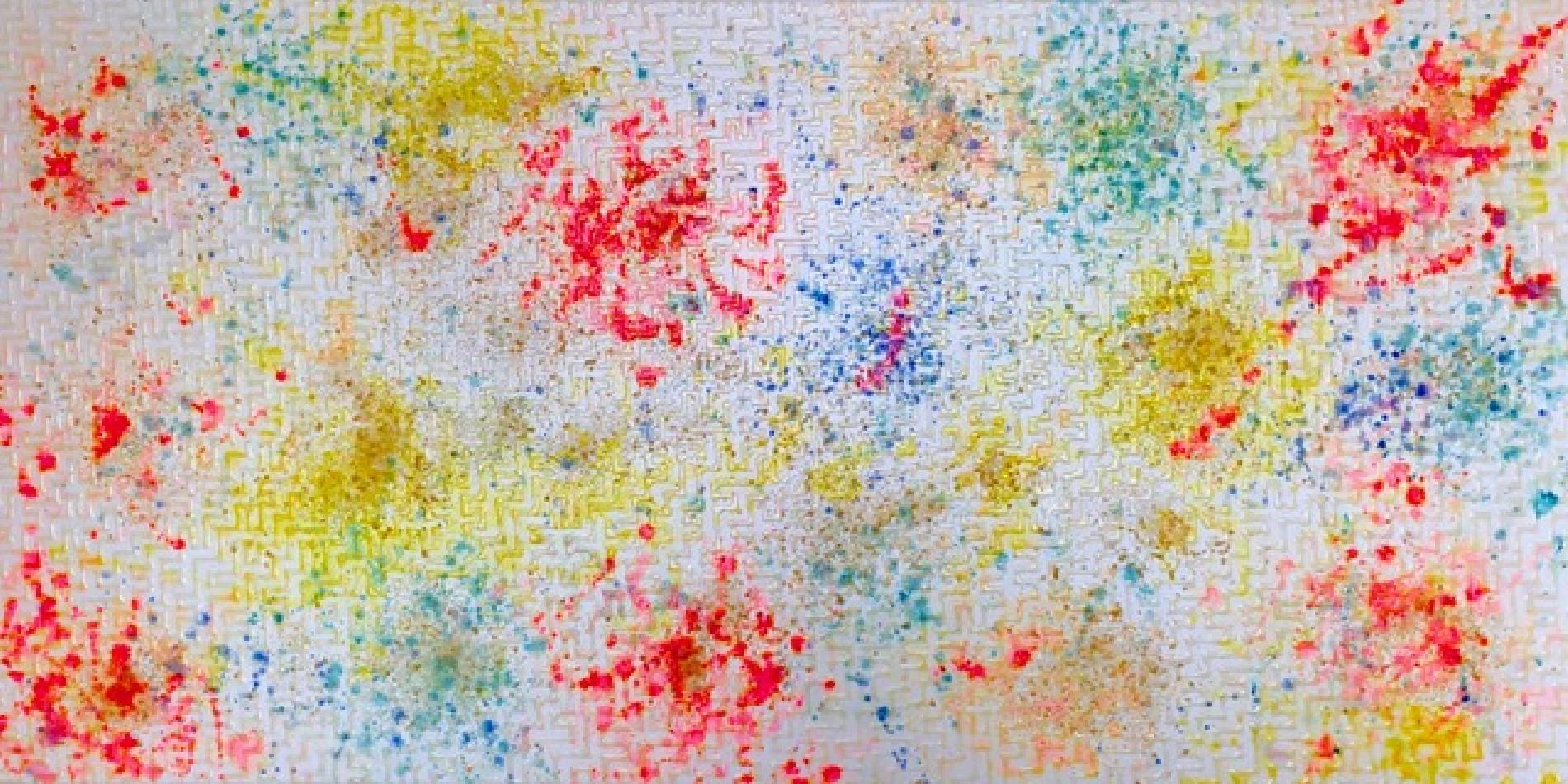 signed, dated and titled on the reverse
watercolour and glue on canvas
50x100 cm