< Artists
Dikran DADERIAN was born on October 29, 1929 in Beirut; He spent his childhood in Zahle where he studied at the Baléghian school. In 1943 he went to Cyprus to the Melkonian Institute of Nicosia. After returning to Zahle for four years, he arrived in Paris in 1953 and attended the Beaux Arts, the Ranson Academy, the Grande Chaumière and the Goetz Academy where he met contemporary painters Tutundjian, Bryen, Le Moal, Vieira da Silva. In 1983 he took over the Goetz Academy, which became the Goetz-Daderian Academy.
He participates in numerous group exhibitions and fairs: Comparisons, May, The Line and New Realities. The State and the City of Paris bought him several works from 1973. His works appear in several museums, in Paris, in the Province and abroad. His painting is influenced by the Orient of his youth about which the commentators readily evoke Arab calligraphies, Armenian or Persian miniatures, oriental music, Oriental rugs, landscapes of Anatolia ...
At the Ranson Academy and by the contact with Henri Goetz, he creates abstract paintings revealing a strong mastery of composition. With regard to his paintings, we can evoke an abstract impressionism, as they are permanently characterized by the juxtaposition of small touches of color separated by white and black interstices, laid out in horizontal stripes, according to colored registers alternating in general with tones. broken, "sometimes tending to monochrome.
His works, very personal, are recognizable at first glance and you enter a musicalist universe of textures, colors and shapes that encourages meditation.
Bibliography: E. Bénézit Critical and Documentary Dictionary of Painters Sculptors and Engravers Gründ 1999 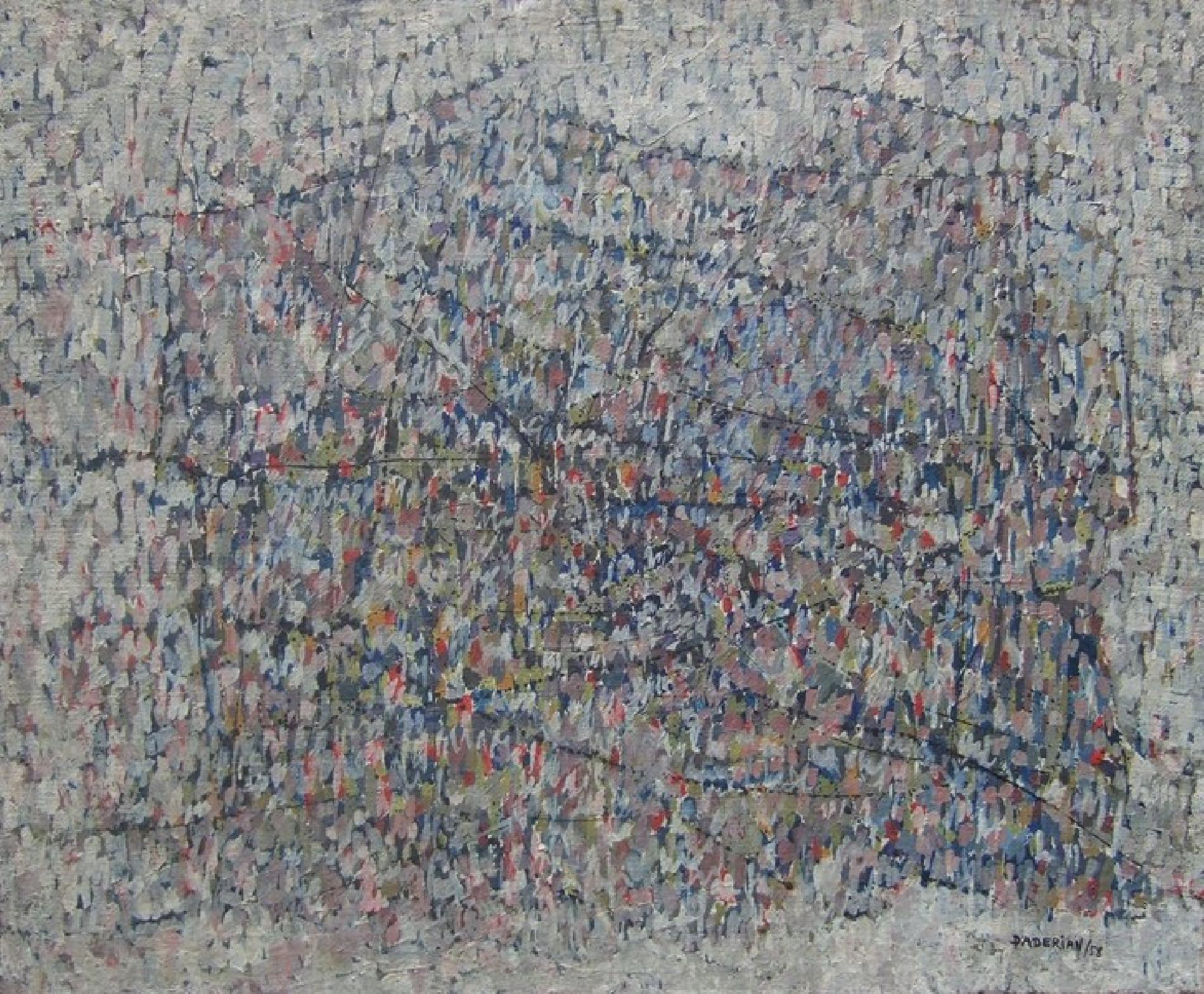 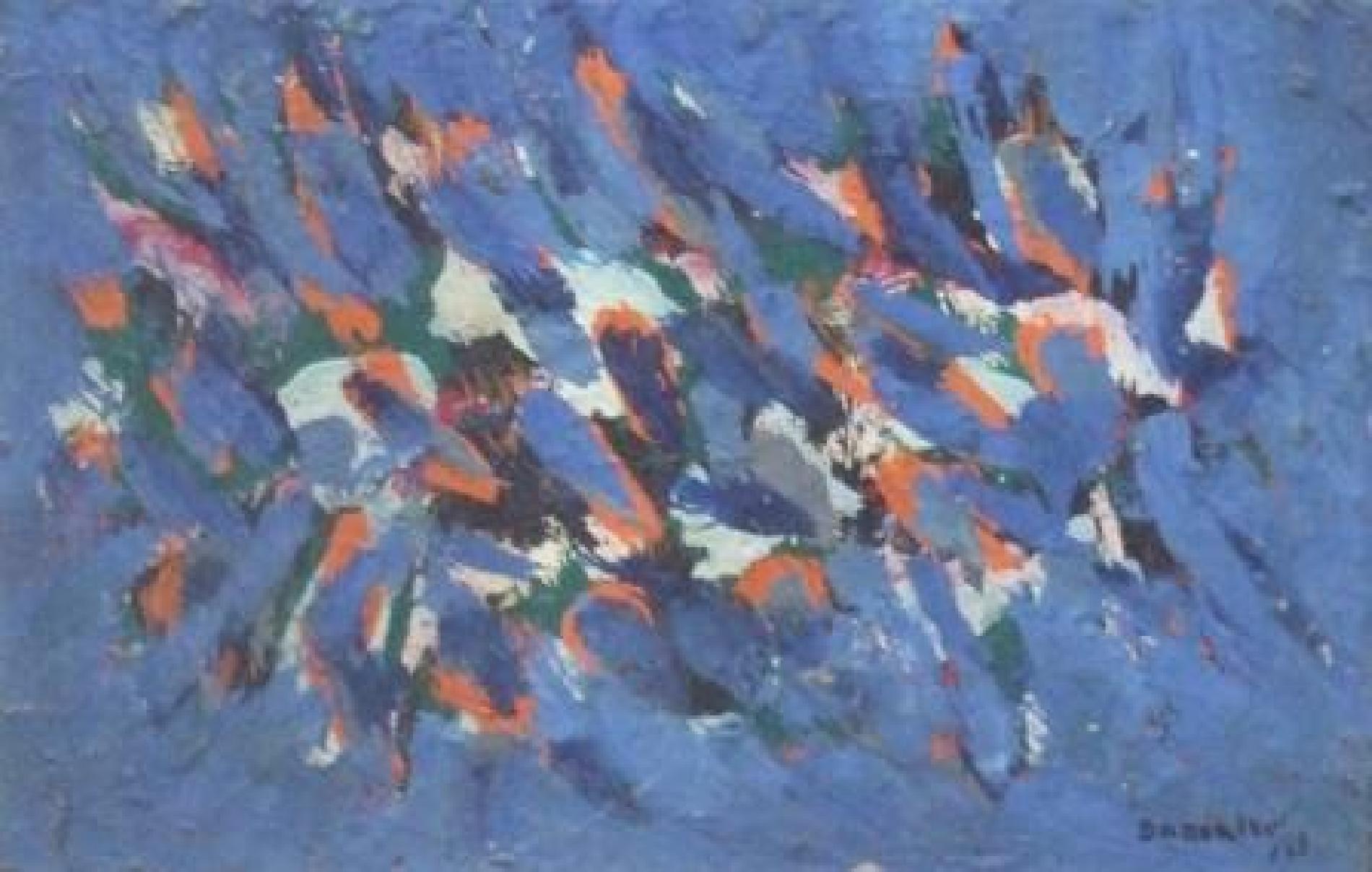 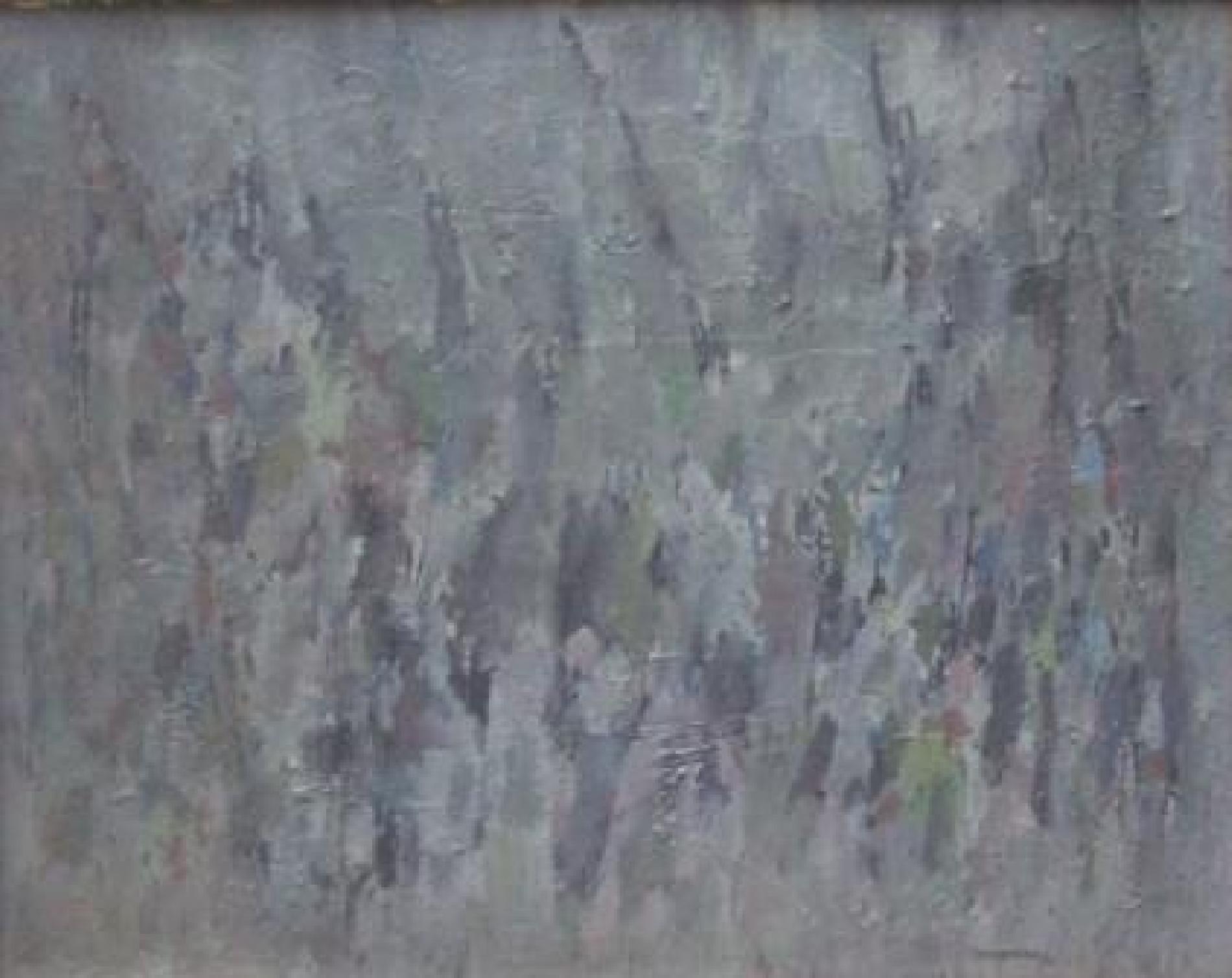 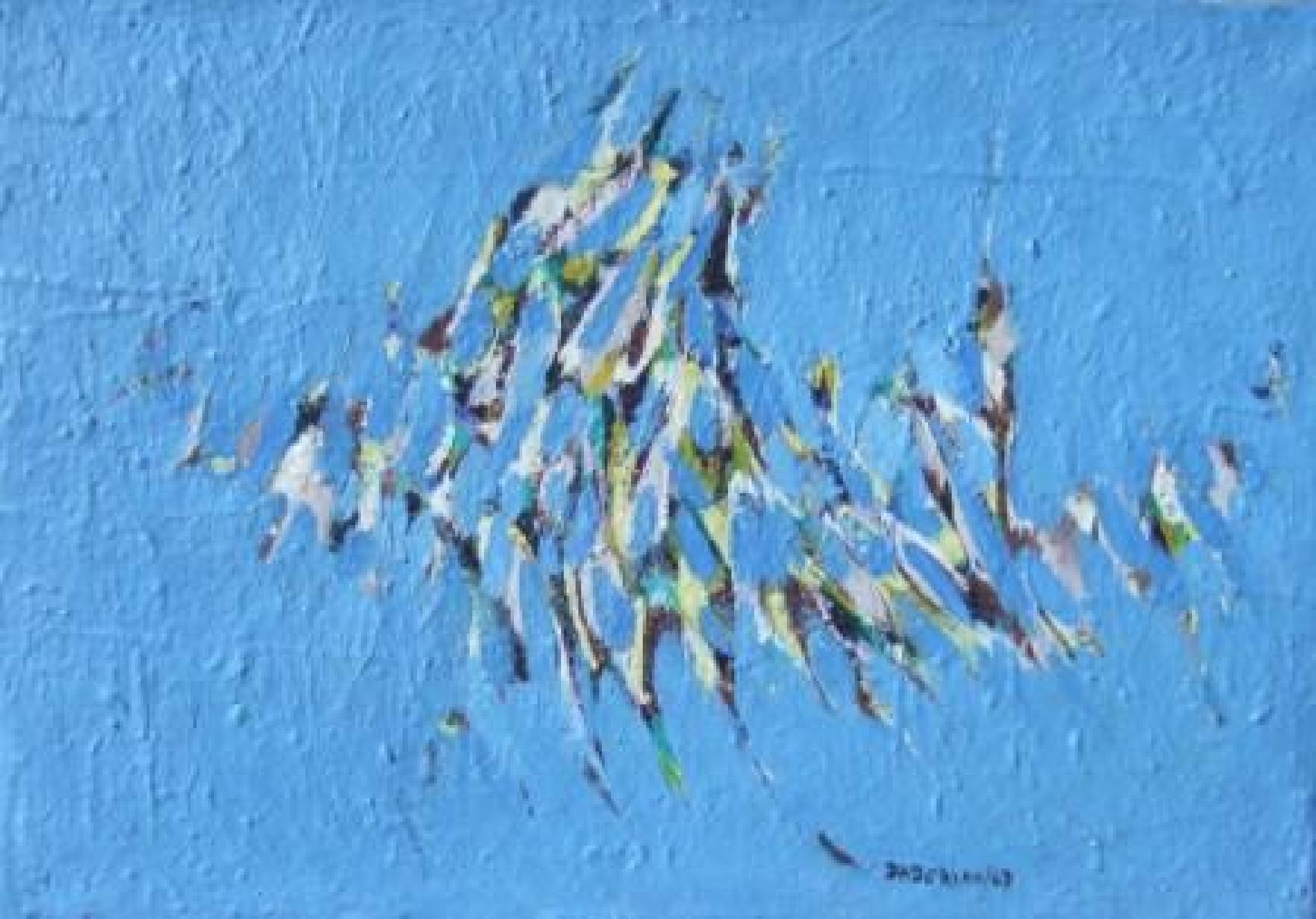 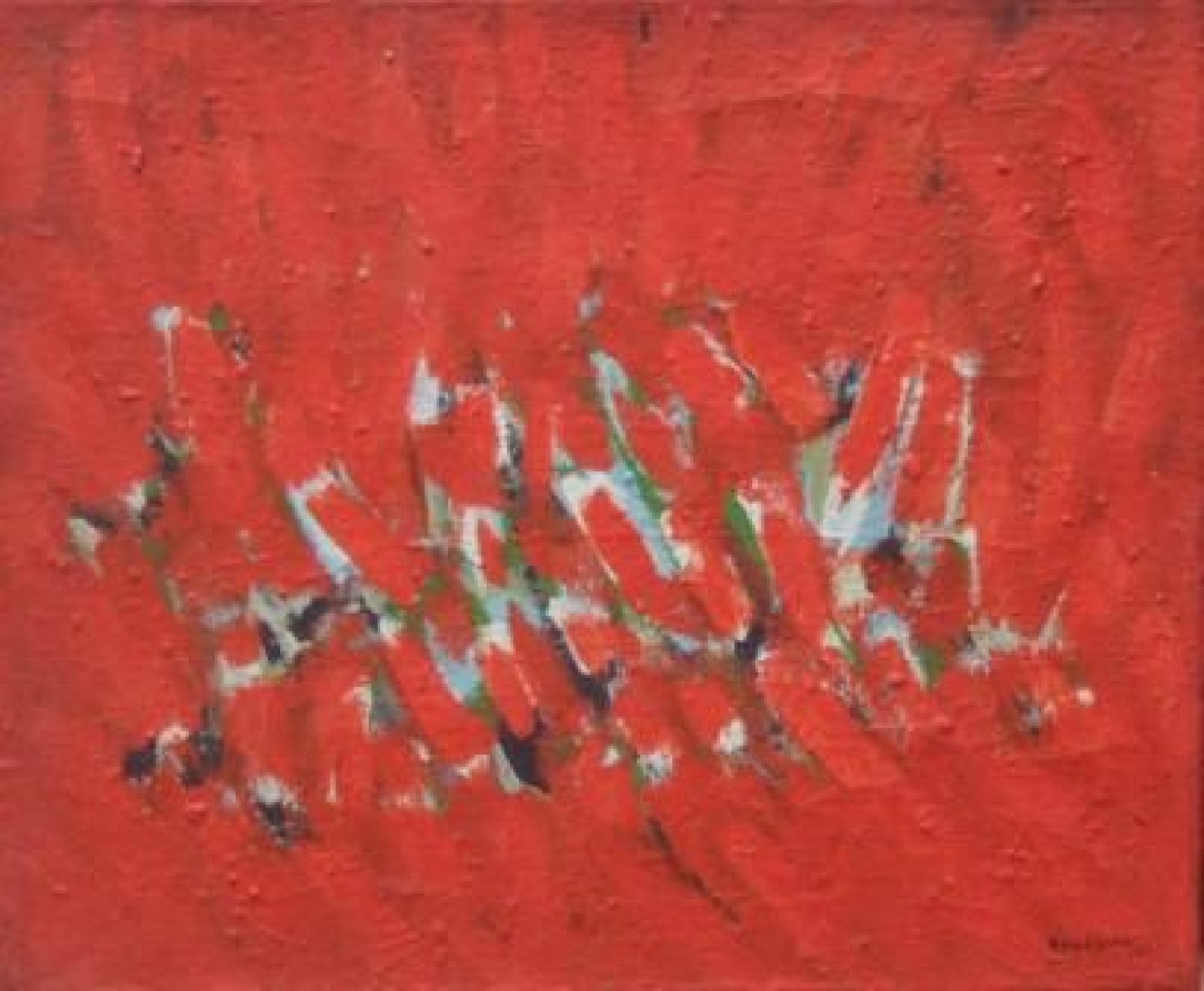