< Artists
Paolo Boni was born in Tuscany in Vicchio di Mugello, near Florence, where he studied at Liceo Artistico where he exhibited his first works from 1949 in solo exhibitions. In 1954, he decided to settle in Paris while regularly exposing his engravings and paintings in France, Italy and New York.
In 1957, he began the realization of his relief engravings, known from 1970 soul the name of graphi-sculptures.
This is to river pieces of metal of different kinds and textures, to each other or to each other. From a relatively simple geometric division one ends up with a mosaic of forms, enriched most often by colors of blue, ocher-yellow or red
own tones. This formal prejudice of assemblages and juxtapositions is also developing in its metal bas-reliefs. In parallel to these graphi-sculptures, Boni continues, since his beginnings his work of painter.
His works are part of the collections of the Picasso Museum in Antibes, museums of contemporary art in Chicago, Montreal, the Pushkin Museum in Moscow, the MOMA in New York, the Museum of Modern Art of the City of Paris, from the National Gallery in Washington ...
Sources: E. Bénézit: Critical and documentary dictionary of painters sculptors and engravers Gründ 1999. 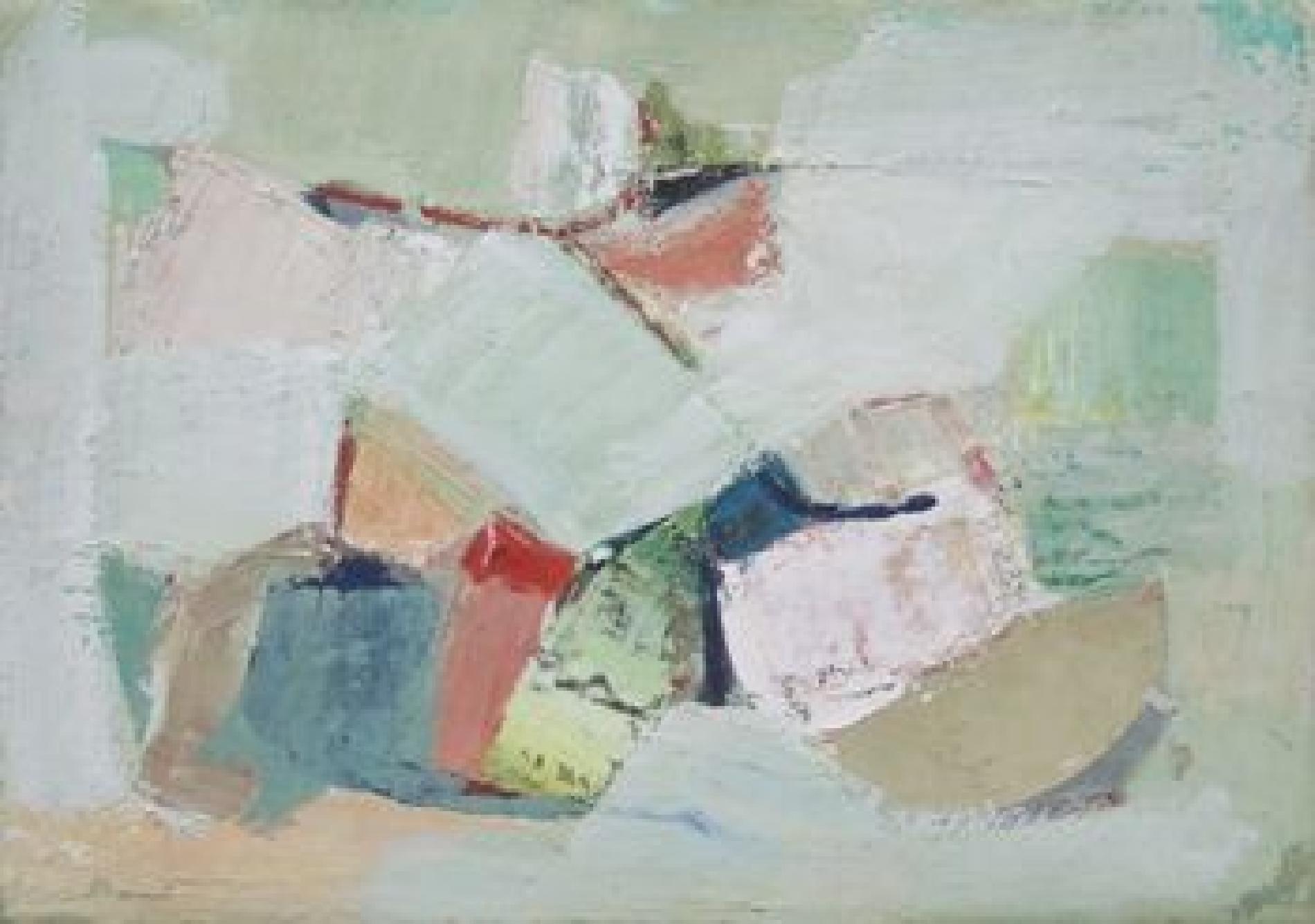 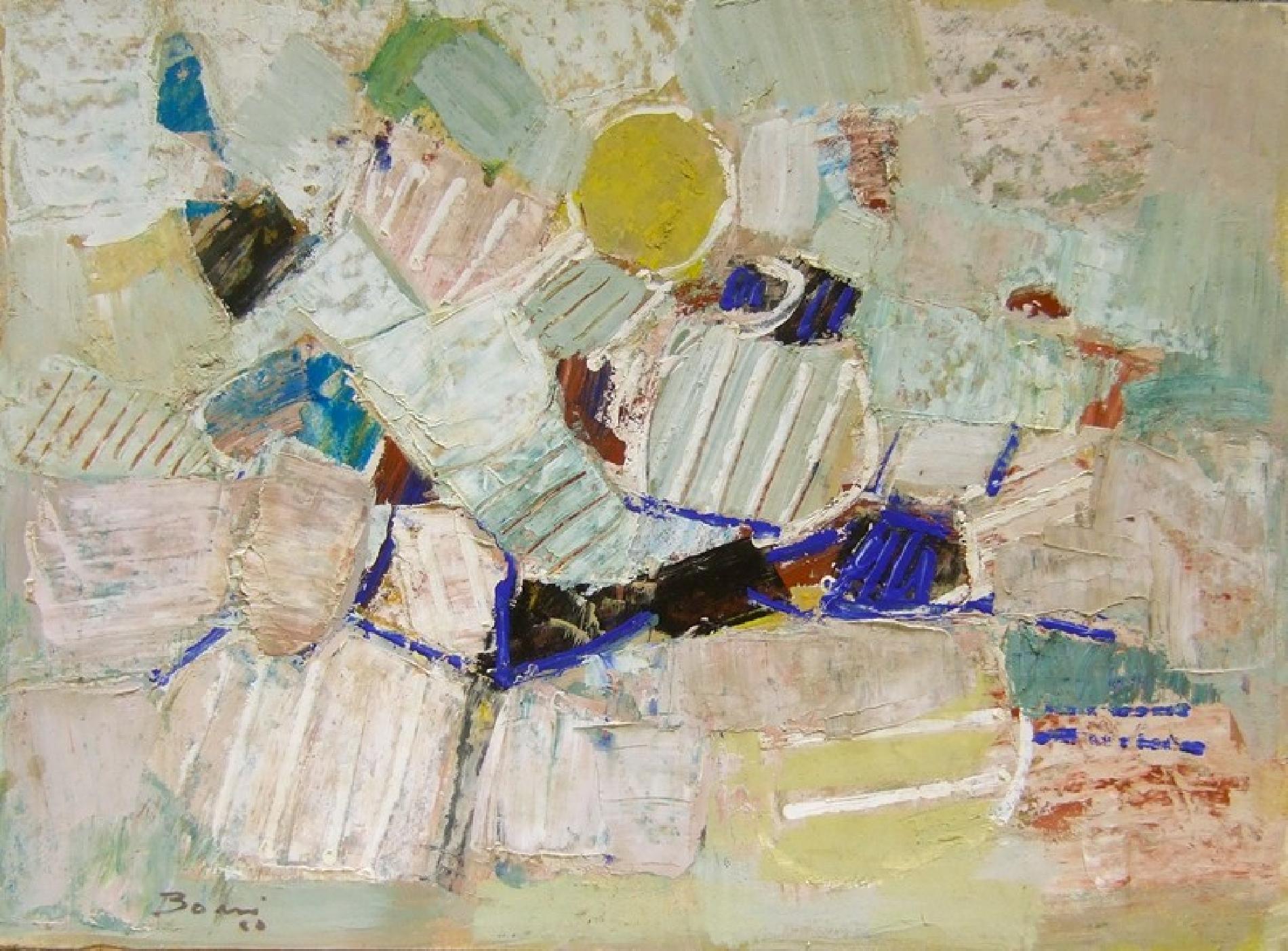