< Artists
Born in Paris in 1924, Roger-Edgar Gillet studied at the Boule School from 1939 to 1943 and then at the National School of Decorative Arts. He worked as a decorator but gave up this activity in 1953. Then he taught at the Académie Julian from 1946 to 1948, where he met Therese who became his wife.
At first, he works in an abstract aesthetic. He participated in several exhibitions organized by the critics Michel Tapié and Charles Estienne. It is then associated with the European Lyrical Abstraction, also called Informal Art or New School of Paris with painters like Georges Mathieu, Pierre Alechinsky, Jean Messagier, Serge Poliakoff, Jean-Paul Riopelle, Jean Fautrier, Hans Hartung or Zao Wou- Ki ...
He presents his first solo exhibition in 1953 at the Craven gallery in Paris. In 1954, he was awarded the Fénéon prize, then following an exhibition at the Galerie de France, he won the Catherwood Prize and went to the United States. Upon his return, he exhibited at the Ariel Gallery founded by Jean Pollack. He clearly states the line of his gallery, especially with the exhibition '15 painters of my generation' (1964). These painters are friends of Gillet, especially Albert Bitran, Jacques Doucet (painter), André Marfaing, Maryan, Jean Messagier, Paul Rebeyrolle ...
From the 1960s, Roger-Edgar Gillet turned to figuration, and humanity became the central subject of his work. His production is clearly in the form of series: Lice, Judges, Bigotes, Marilyn, Musicians, Mutants ... Moreover, he does not hesitate to mention themes of religious painting such as The Last Supper or the Crucifixion . It also deals with the landscape, by its Cities and its Marines.
Aesthetically, Gillet has affinities with Goya and the Flemish James Ensor. It can be related to the New Figuration and the Expressionist current.
He is part of the selection committee of the Salon of May with which he goes to Cuba in 1967 and participates in the realization of a collective fresco in Havana.
In the 1970s, he lived near Sens in the Yonne, with his wife and four children. He will then share his life between Paris and Saint-Suliac, near Saint-Malo. He is a member of the Honorary Committee of the International House of Poets and Writers of Saint-Malo.
Roger-Edgar stops painting in 1998. He died of cancer in 2004 in Saint-Suliac. His ashes were scattered in Paris in the garden of the memory of the Père Lachaise cemetery.
Bibliography:
■ André Laude - Long live the sound of Barbançon, in Artension n ° 18, Rouen 1990 'Invitation' Editions Hots (Bookstore Museum of Modern Art Paris) 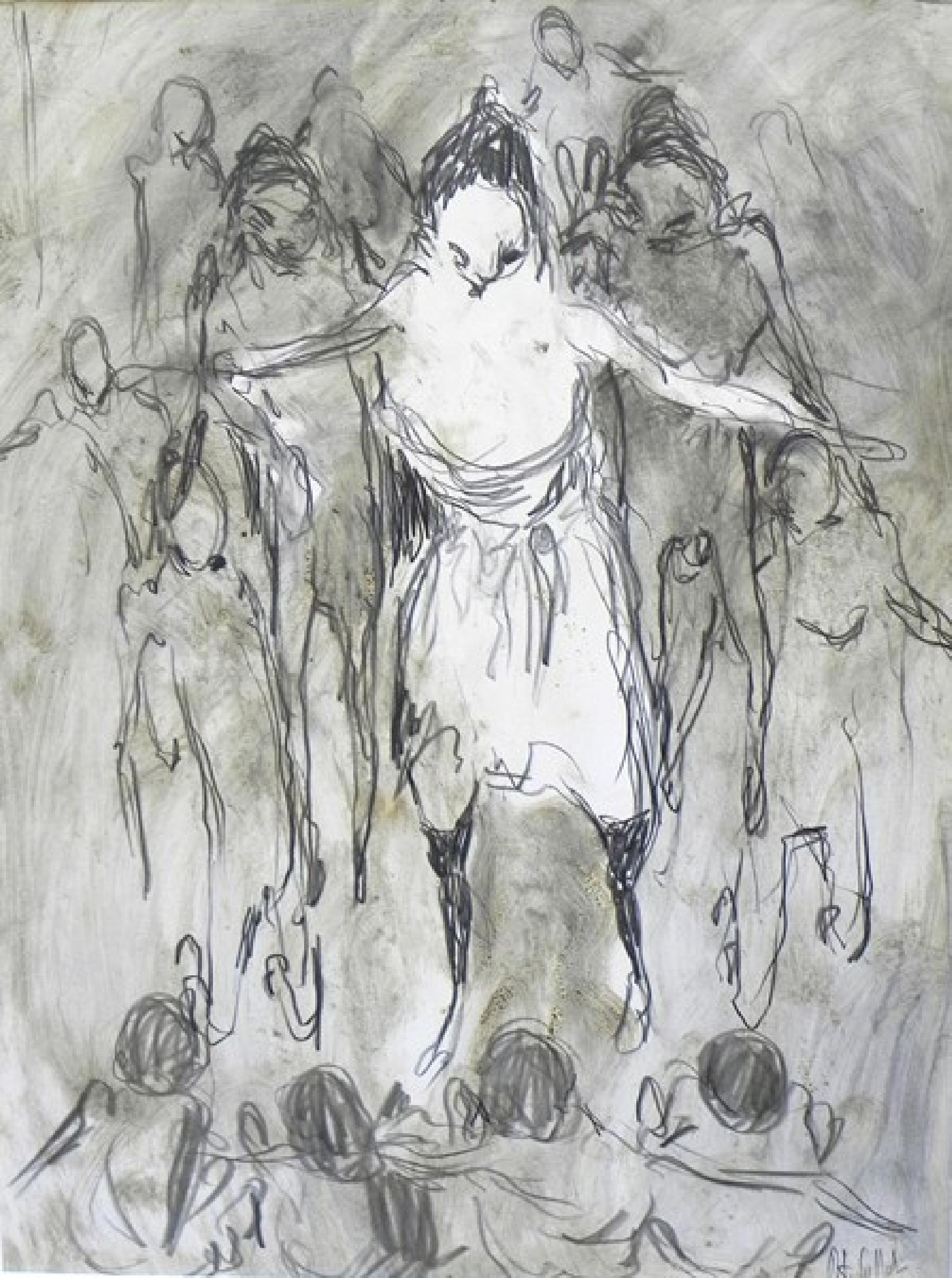