< Artists
Albert COSTE was born on November 8, 1895 in Marseille, where he died on August 22, 1985.
From 1909, he attended the courses of the Beaux-Arts and Conservatory of Music of Marseille. In 1914 he was shortlisted for the Rome Grand Prix competition, which was not awarded because of the war.
In 1916, following an accident, he was amputated with two fingers and renounced the career of cellist to devote himself entirely to painting. He then comes to Paris, where he attends Cormon's workshop and meets Maurice Denis.
In 1922, he returned to the South and settled around Aix while continuing to participate in the main collective exhibitions in Paris (Independents, Realities News, Salon d'Automne ...). He also exhibits in Aix and Maurice Denis preface the catalogs of two of them.
In 1935 he was appointed professor at the Ecole des Beaux-Arts in Aix en Provence.
In 1941-42, he met Albert Gleizes in Saint Remy de Provence and remained deeply linked to him until his death. Gleizes presents his exhibition of his works in 1942 in Aix.
He creates many decorations for public buildings and particularly the Faculty of Law of Aix, whose architect is Fernand Pouillon.
From 52 to 56 he organizes exhibitions to make known the work of Gleizes and his disciples.
In 1980, he was received at the Academy of Sciences, Arts, and Belles-Lettres of Aix.
Bernard Muntaner Albert Coste (1895-1985) The music of colors Paul Tacussel publisher, 1990. 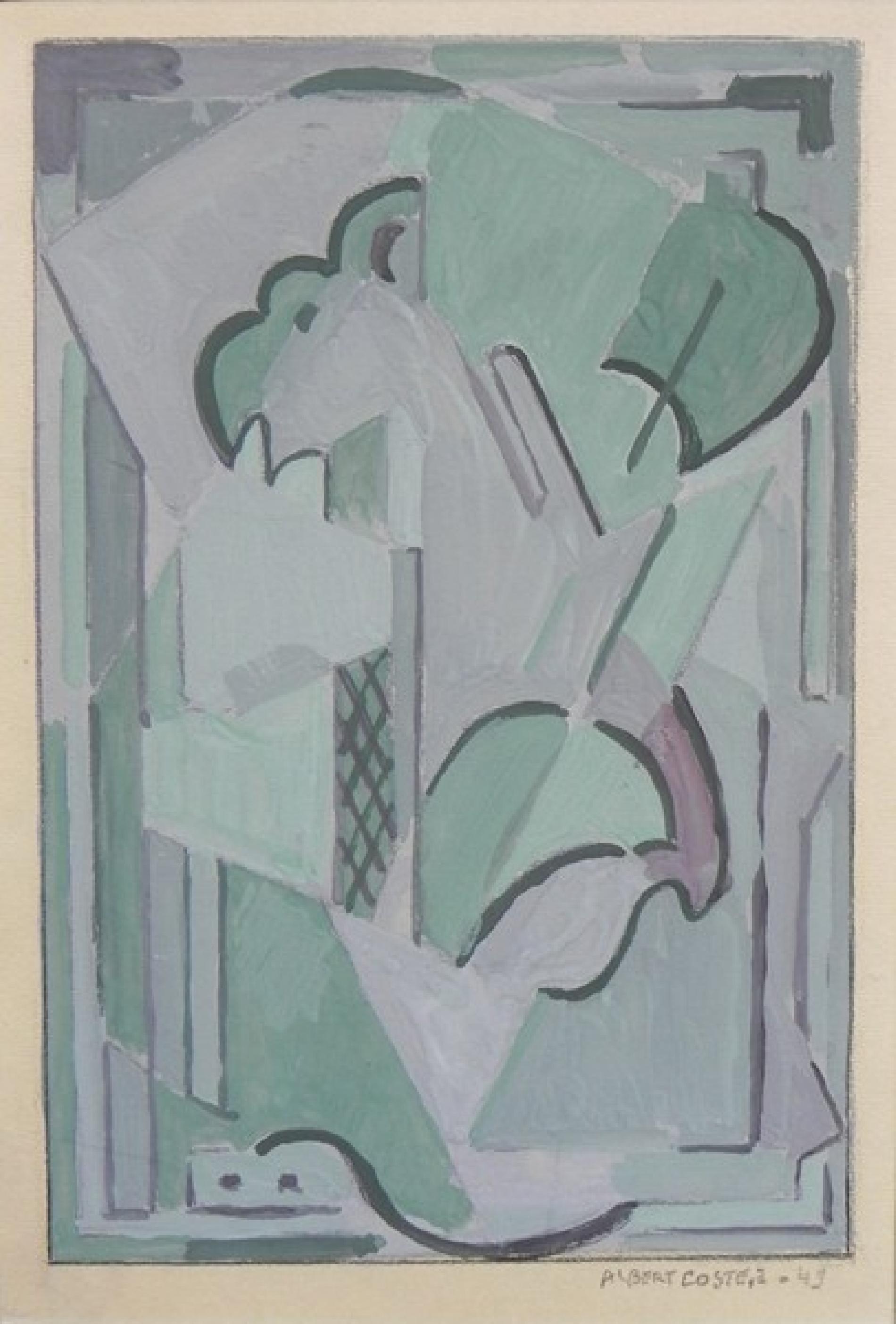