< Artists
Guitou Knoop was born in 1909 in Moscow. Of Dutch origin, she moved to Paris in 1927 and followed the teachings of the sculptor Antoine Bourdelle. She also received advice from Despiau who encouraged her to devote herself to the sculpture of busts, worked with clay and cast in bronze. She acquired French nationality in 1933 but already traveled a lot between France and the United States, where she exhibited regularly, thanks to the Wildensteins. His work is essentially figurative and Guitou Knoop acquires a certain notoriety, thanks to the realization of busts for artists and actors installed there. The Second World War therefore surprised her in New York where she stayed there from then on. She evolved towards abstraction, in particular following a trip to Mexico in 1945, which introduced into her works an influence of pre-Columbian statuary and Mexican vegetation. Very vegetal in appearance and in any case abundant, his sculptures were most often worked in brass and lead. From 1949, in more monolithic works, with "stretched"; surfaces, she preferred stone, then marble, when she went to work in Carrara, performing pieces of great distinction, in the abstract post-Brancusian tradition. Jean Arp, in 1949, prefaced one of his exhibitions in New York and his participation in the "9th Street Show" of June 10, 1951, consecrated it definitively in what has been called "the School of New York", abstract expressionism of the post-war period, movement which ended with the arrival of Pop Art. 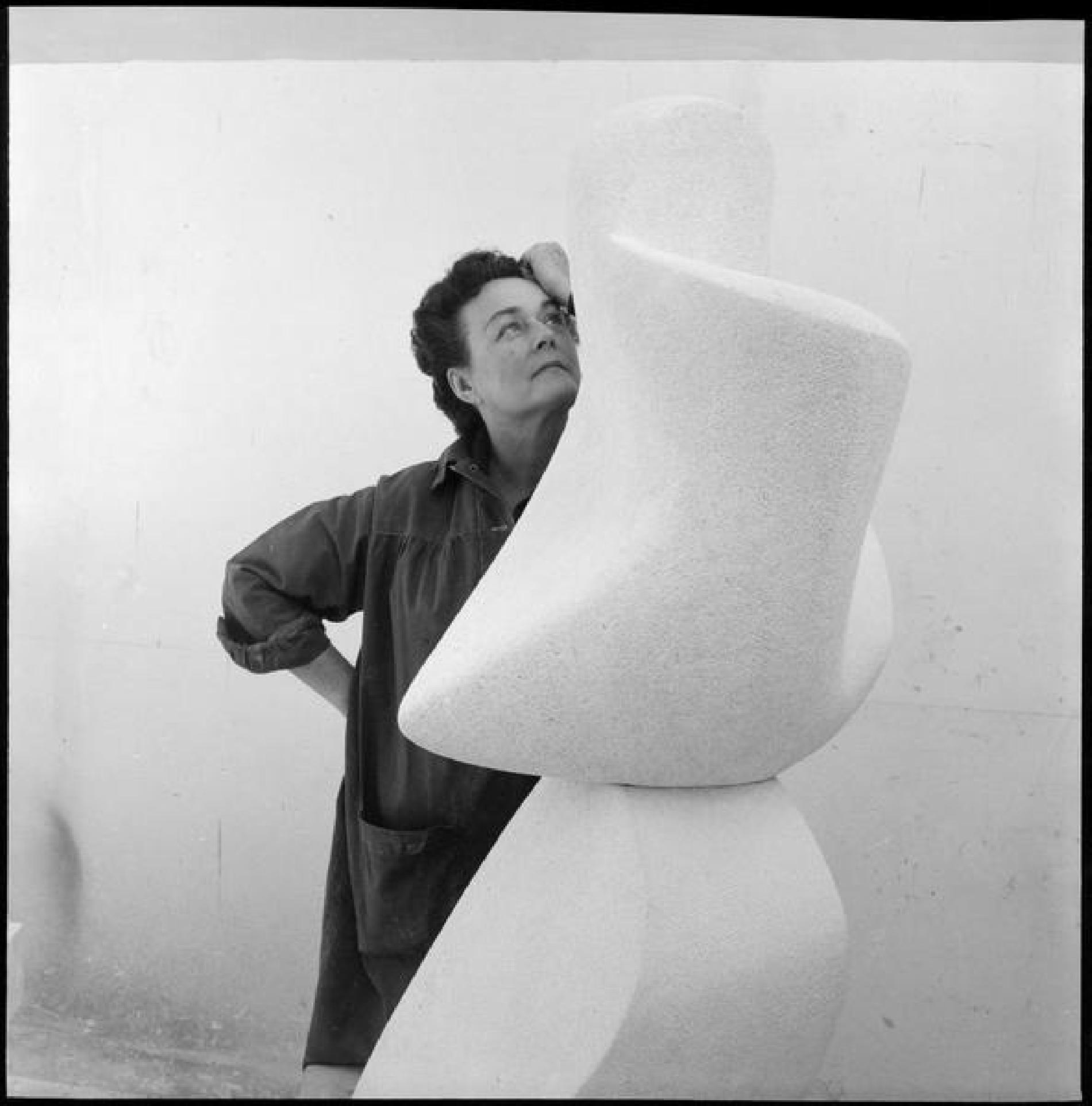