< Artists
1914-1930 Birth in Zurich on June 10, 1914, of a sinologist father and a mother piano teacher. His father's teaching activities in foreign universities led young Wilfrid to familiarize himself very early with several European cities and their cultures. His parents house in Zurich is frequented by many renowned painters. His childhood drawings, influenced by his personal and literary impressions, from travels and exhibitions show a sense of color and an exceptional poetic imagination. Some of them are published, in 1930, in the review "Schweizer Spiegel". 1930-1940 Violin studies. Trips to Paris, Berlin, Italy, the Soviet Union. Visit to Ensor in Ostend. Travel with N. de Staël, 1935-38, to Morocco and Spain. Before the war, stay in Paris. In Zurich, he met Varlin, who invited him to exhibit with him. Figurative painting and drawings showing the influences of Rouault, Utrillo, Ensor: architectures with broken perspectives, fairground scenes, Garden plants. 1940-1950 From 1940 to 1945, active service in the Swiss army. Shortly after the end of the war, he returned to Paris where he met Wols, whose painting was the source of his personal "tachism". During the war, series of expressionist woodcuts. At the end of the war, the first figurative works or the major themes of metro stations, open houses, butchers, gardens of plants, already appeared as a metaphor for human destiny. The characteristic of this period resides in superimpositions and oppositions of abstract structures and figurative signs, combined in a dynamic touch.  1950-1960 Moser lives in Paris and Ronco. Supported by art critics Roger Van Gindertael and Charles Estienne, his abstract gestural painting from the 1950s was distinguished from the start by the painting of the Second School in Paris by its expressive force. The "task" is made up, with him, of a characteristic knife line juxtaposing two or three contrasting colors and thus punctuating the surface of the painting, constructing spaces which are transformed into chasms and abysses. In the abstract composition, the themes of cathedrals, houses, urban architectures, mythological and historical scenes or landscape impressions are reflected. 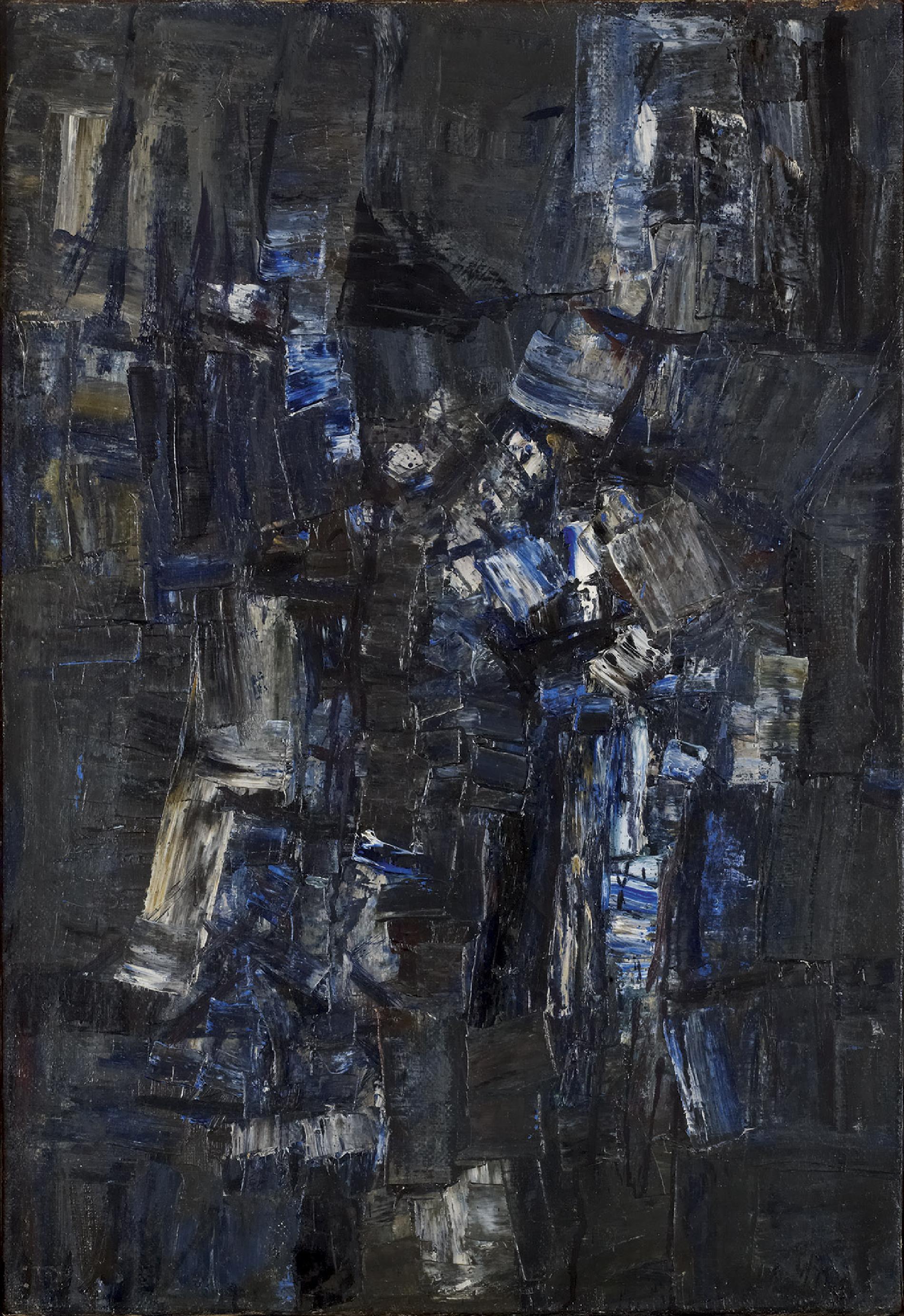